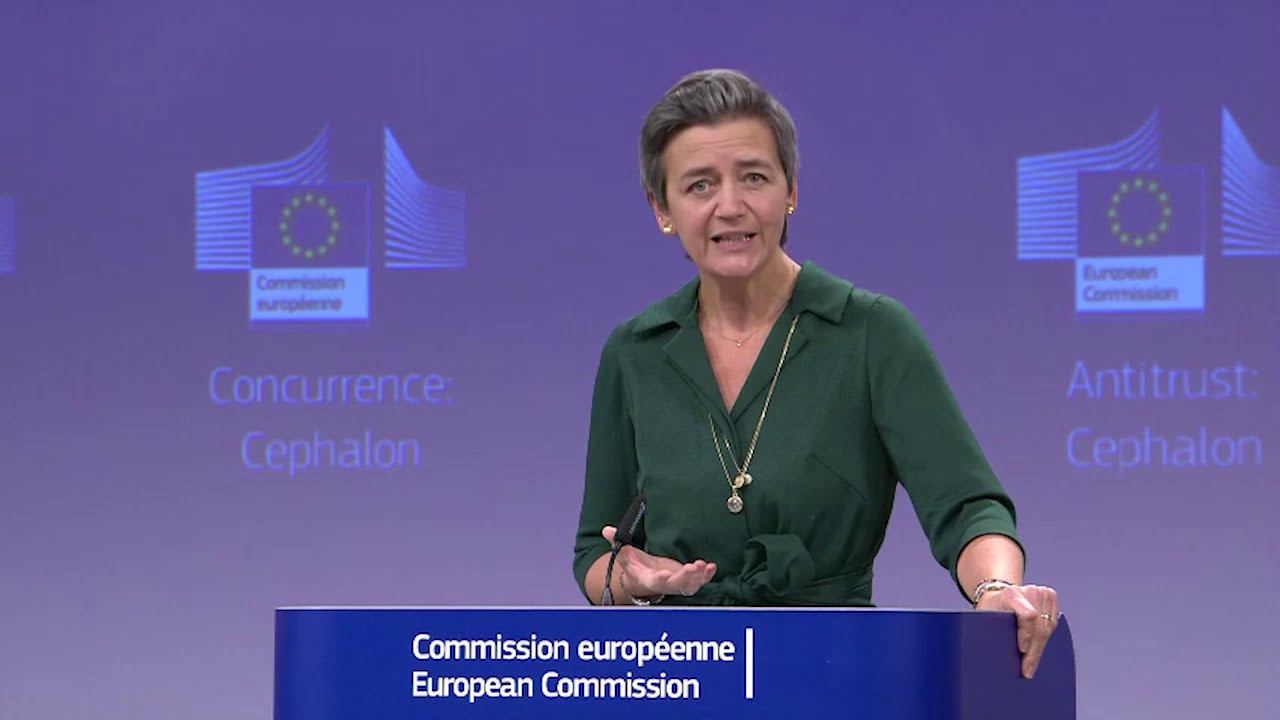 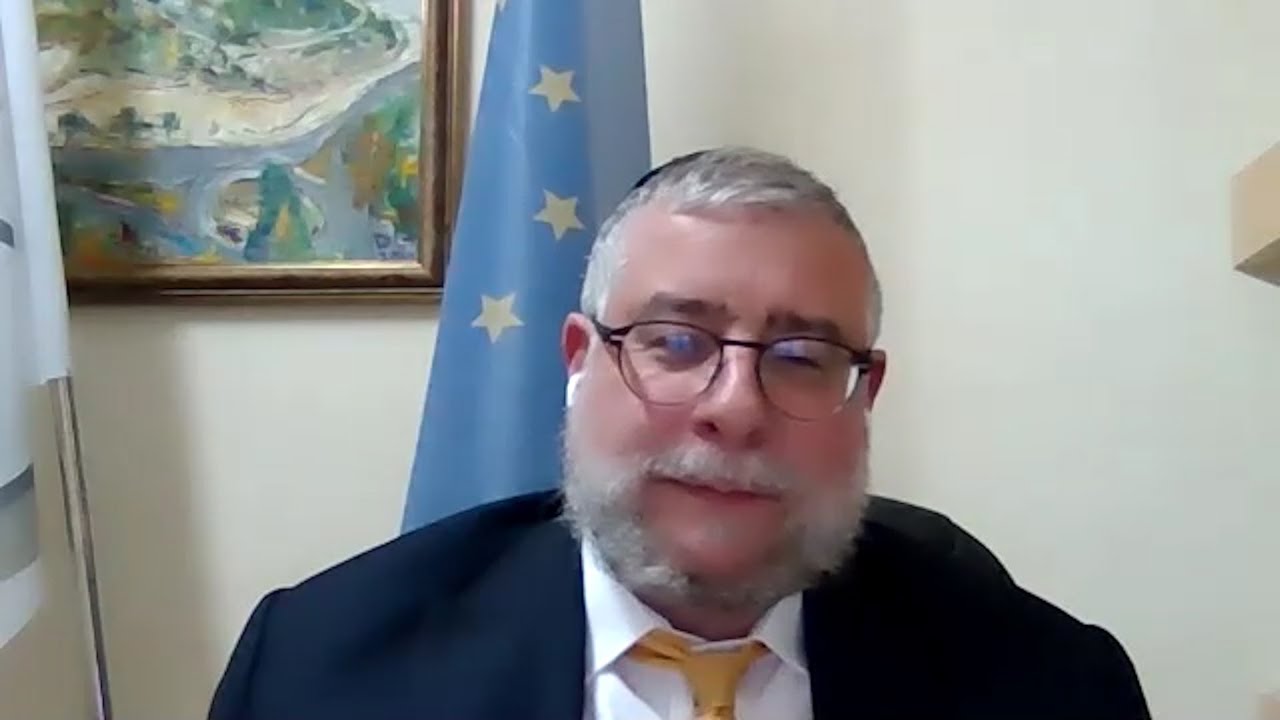 Rabbi Goldschmidt said: “Today we have a community of about 1.6 million Jews left in Europe. Before the Holocaust, we had 9.5 million Jews here. So 6 million were killed, and many decided afterwards to emigrate to safer shores. I see it as my duty as the president of the conference of Ukrainian rabbis to make sure that there is a Jewish future.”

“I think that the European Union is doing a lot, especially lately tackling anti-semitism which is spreading through social media and via social media, calling the tech giants to the table and telling them that they have to monitor and be responsible for the content on their platforms.

"However, anti-semitism is not the only issue our community is dealing with, we're also dealing with infringement of religious freedoms. In some of the European countries, that's a trend which is becoming more prevalent lately, because of the populism, which is traveling through this continent. And we would like to see more action from the European Union in this respect.”

The rabbi is concerned specifically with moves in certain EU states to ban ritual slaughter, necessary in kosher food production: “They always declare that Europe without Jews is not Europe, Belgium, without Jews is not Belgium. Okay? If you want to choose to stay in your country, in your region, you have to give them freedom of faith; to tell them, you can stay here, but we're going to tell you how to conduct your religion. That's not freedom of faith.”

The commemoration includes a minute of silence in honour of the victims of the Holocaust and the prayer El Maleh Rahamim, recited by Israel Muller, Chief Cantor of the Great Synagogue of Europe in Brussels, as well as a performance of traditional Yiddish songs by Gilles Sadowsky (clarinet) and Hanna Bardos (voice). 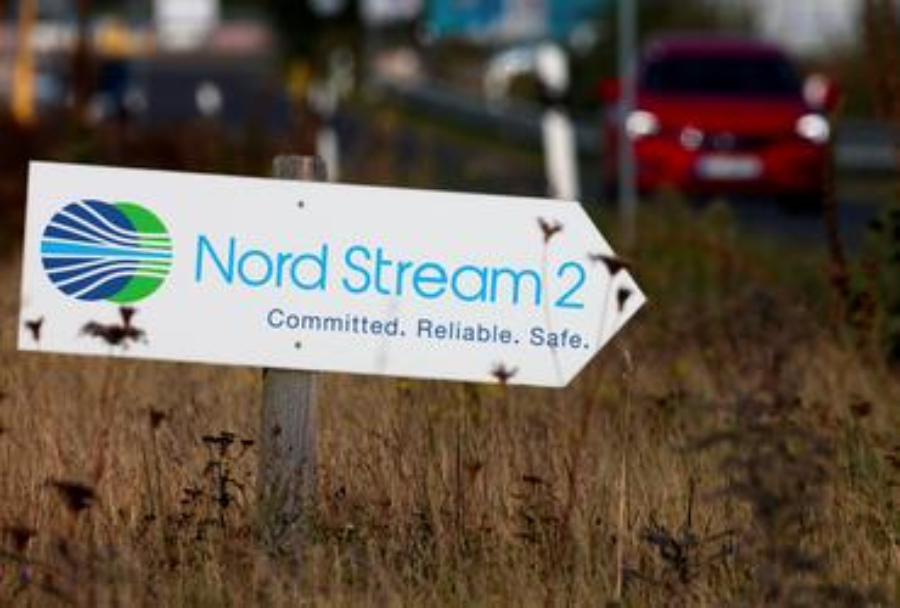 US President Joe Biden believes the Nord Stream 2 natural gas pipeline is a “bad deal for Europe” and his administration will be reviewing restrictions on the project included in a bill that passed during the Trump administration, the White House said on Tuesday (26 January), write (писати) Timothy Gardner Тревор Хунницутт.

The restrictions on the undersea pipeline project were included in the annual defense policy bill that passed on 1 January. Sanctions in the measure apply to any companies helping Gazprom, the Russian state energy company leading the project, to lay pipeline, insure vessels or verify equipment.

The Trump administration, like the Obama administration before it, opposed the project on the grounds it would strengthen Russian President Vladimir Putin’s economic and political influence over Europe. Russia has cut deliveries of the fuel to Ukraine and parts of Europe in winter during pricing disputes.

Biden has also opposed the project, which would bypass Ukraine and deprive it of lucrative transit fees, since he was vice president under former President Barack Obama. Russia and Germany say the pipeline is a purely commercial project.

“We continue to believe, the president continues to believe, that Nord Stream 2 is a bad deal for Europe,” White House Press Secretary Jen Psaki told the daily briefing, adding the administration “will be reviewing” the restrictions included in the defense policy legislation.

The $11 billion pipeline, which is 90% complete, would double the capacity of the existing Nord Stream duct to deliver gas from Russia to Europe via Germany under the Baltic Sea.

The issue is coming to a head as the Senate has begun confirming Biden Cabinet members who could weigh in on decisions on the project, including Secretary of State Antony Blinken, and as construction resumes after being stalled for about a year following a threat of sanctions from the United States and the withdrawal of pipe-laying company Allseas.

A ship called the Fortuna on which Washington slapped sanctions on former President Donald Trump’s last full day in office last Wednesday (20 January), has begun work in deep waters off Denmark, ahead of the resumption of construction, Nord Stream 2 said on Sunday (24 January).

The State Department is expected to issue a report to Congress soon on the companies helping Gazprom complete the project, which could add pressure to firms to drop out. Some companies, including Zurich Insurance Group and Norway’s risk management and quality assurance firm DNV GL, have dropped work on the project.